SigmaTron, a circuit board manufacturer that employs about 2,500 workers in U.S. and foreign plants, was found liable for retaliation after a jury trial.

The company argued that $250,000 in punitive damages to former employee Maria Gracia must be vacated as “excessive” and the product of jury bias. The jury awarded Gracia more than she had requested even though it found SigmaTron liable only for retaliation, not sexual harassment, the company said.

But the U.S. Court of Appeals for the Seventh Circuit declined to overturn a damages award that fits within Title VII’s $300,000 damages cap.

The decision isn’t surprising, but it’s helpful for workers who may face retaliation for bias complaints, according to lawyers who represent employees.

Courts generally defer to jury awards supported by sufficient evidence and within the relevant damages cap, said Carolyn Wheeler, senior counsel with Katz Marshall & Banks in Washington.
“I don’t find it surprising that the jury would award punitive damages on the retaliation claim even though it found against the plaintiff on her harassment claim,” Wheeler said in an e-mail to Bloomberg BNA Nov. 29.
“The retaliation was much more obvious and egregious in terms of the company’s officials engaging in a cover-up and creating false records to justify the termination,” Wheeler said. “That is exactly the type of conduct that punitive damages were designed to deter.”
Wheeler, a former Equal Employment Opportunity Commission appellate attorney, wasn’t involved in the SigmaTron case.
The court’s compensatory damages discussion also is helpful, said Brenda Feis of Feis Goldy LLC in Chicago, who represents employees.
In accord with Seventh Circuit precedent, the court said a jury can award damages for pain and suffering based on the fired employee’s testimony alone, Feis told Bloomberg BNA.
There’s no requirements for medical or expert testimony and in this case, even Gracia’s relatively brief testimony that she was depressed was held sufficient, Feis said.
The decision is “nothing new” but it includes “some great language” for discrimination plaintiffs and their lawyers, she said.
The court gave “pretty standard treatment” to the damages issues raised on appeal, said Kathryn Korn, a Chicago attorney who represented Gracia.
The district court also awarded Gracia $75,000 in equitable relief, representing back pay and benefits, Korn told Bloomberg BNA Nov. 29.
That amount wasn’t appealed by SigmaTron but it could have been lost if the Seventh Circuit had reversed on liability, Korn said.
Attorneys representing SigmaTron weren’t immediately available for comment.

The jury had sufficient evidence to find SigmaTron’s conduct “reprehensible” as it determined Gracia was fired on trumped-up charges two weeks after the company received her EEOC harassment charge, the court said Nov. 29.
There’s also “no rule prohibiting a jury from awarding more in damages than a plaintiff requests,” Judge Ilana Diamond Rovner wrote in an opinion joined by Judges Joel M. Flaum and Diane S. Sykes.
Punitive damages are available under Title VII if an employer discriminates with “malice or reckless indifference” to a worker’s federally protected rights.
The U.S. Supreme Court said that means “an employer must at least discriminate in the face of a perceived risk” that its actions violate the anti-discrimination laws.
That standard is met because the jury found SigmaTron retaliated against Gracia and then tried to hide its misdeeds by “creating a false paper trail” purporting to show she engaged in misconduct worthy of discharge, the court said.
“One of the purposes of punitive damages is to limit” an employer’s “ability to profit from its wrongful conduct by escaping detection,” the court said.

Ratio Between Awards No Problem

SigmaTron argued the five-to-one ratio between the $250,000 punitive damages award and the $50,000 in compensatory damages makes the punitive award suspect.
But such a ratio between punitive and compensatory damages has been approved in prior cases, the court said.
Title VII cases are “very fact-specific,” and the court “will not normally disturb an award at or near the statutory cap,” because that decision largely rests with the jury, the Seventh Circuit said.

SigmaTron also appealed the jury’s finding of liability for retaliation under Title VII.
But the Seventh Circuit said Gracia “easily prevails” when the court credits the evidence in her favor and disregards evidence in SigmaTron’s favor that the jury wasn’t required to believe.
The dispute at trial was whether Gracia’s supervisor and upper management decided to fire her because of her sexual harassment charge or because Gracia mishandled an incident in which a subordinate employee used the wrong type of “solder” on a circuit board.
The jury was free to believe the testimony of Gracia and some of her former colleagues that the explanation for her discharge was a pretext, the court said.
The timing of her termination for what normally wouldn’t be a firing offense also bolsters the jury’s finding of retaliation, the court said.
Hall Adams III in Chicago also represented Gracia. Howard & Howard Attorneys PLLC represented SigmaTron. 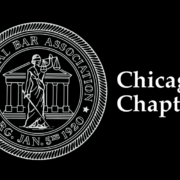 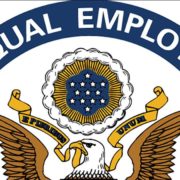 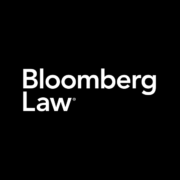 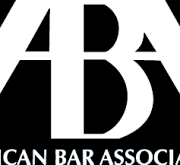